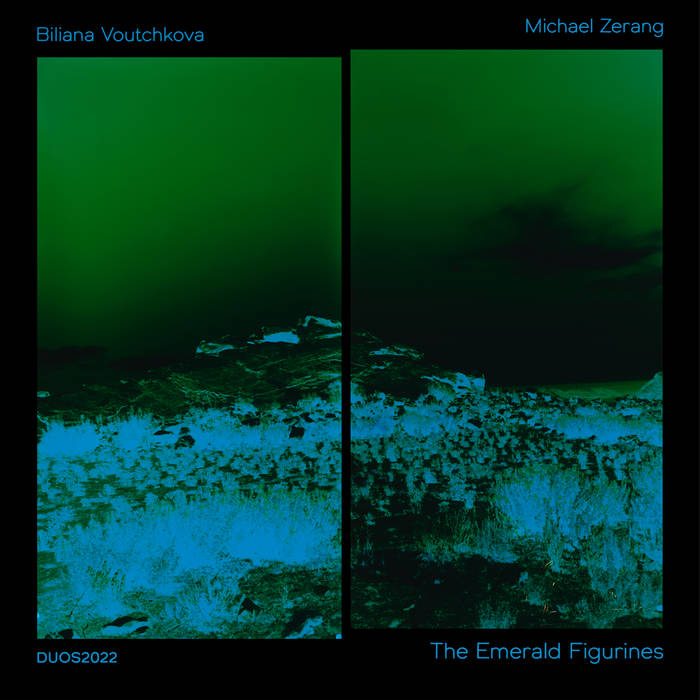 This is the first in a series of digital releases featuring violinist Biliana Voutchkova. Biliana describes the series as follows.

I've started the year with a good deal of inspiration for this new project - DUOS2022. As can be gathered from its title, it’s an year long project, a continuation and development of my curated live concert series in Berlin which started as DUOS2020/2021.
More information:
www.bilianavoutchkova.net/duos.html

When I was in my early twenties, I wrote: "Music for me is the freeway to our rarely remembered ways of communication." More than 20 years later, I still stand by this statement which has increased in clarity throughout the intervening years. In duos, we define the "rarely remembered ways of communication." In dialogue the exchange is so direct, clean and clear, so immensely profound! With DUOS2022 we'll investigate, in-depth, the way we relate to one another in the time of ongoing instability due to Covid 19 and the climate crisis. This work is precious as we long to share, remaining creative and connected through music. In the ever present moment, in the act of creation, there can be no incorrect response, no misunderstandings. Intuitively connected to one another we ourselves are transformed as is the space in which we stand.

I met Michael Zerang years ago at one of his frequent trips to Berlin, and since then, we have played together a number of times. Our first deeper duo exchange was in 2019 when we had a short tour in the US and a recording session at the beloved ESS in Chicago, which became The Emerald Figurines. We strongly bonded, playing together felt organic and rich, and we continue our duo collaboration on as many occasions as we have. With this release we open together the DUOS2022 series.