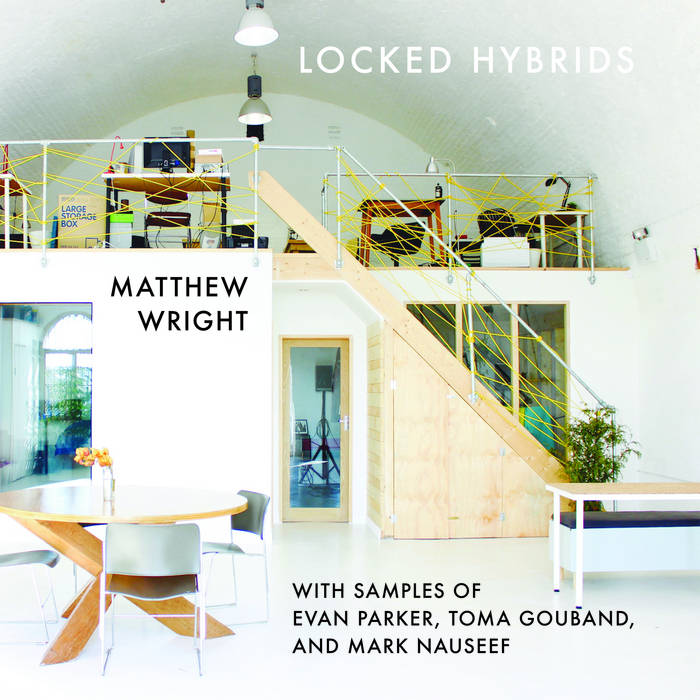 The UK went into lockdown at the end of March 2020, raising questions about the future of live performance. For UK composer/sound artist Matt Wright, this was an opportunity to look back on an archive of recordings made with Evan Parker, Toma Gouband and Mark Nauseef and to develop three hybrid pieces, almost an hour of music that sits somewhere between live performance and studio production.

These tracks were assembled in Wright's studio during the 2020 lockdown and made entirely from samples collected during a 2018 recording at Arco Barco in Ramsgate, UK. Using a mixture of software editing and Wright's own brand of improvised mixing with turntables and laptops, the resultant music is a blend of experimental hip hop, sonic art, improvisation and digital composition.

Locked Hybrids follows critically-acclaimed releases with Parker (Trance Map and Crepuscule in Nickelsdorf), with Holland's Ensemble Klang (Music at the Edge of Collapse and Cold Highlife) and with US saxophonist/composer Keir Neuringer (Speak Cities).

Released on 20th November 2020, this digital-only project for New York's Relative Pitch Records will coincide with a new Locked Hybrids commission for hcmf// that will stream from the festival website on the weekend of 20th-22nd November. Excerpts from the RP release will also feature on the UKs BBC Radio 3 New Music Show during that weekend.

Guests John Beltran and Kim Myhr walk us through their magical musical adventures.