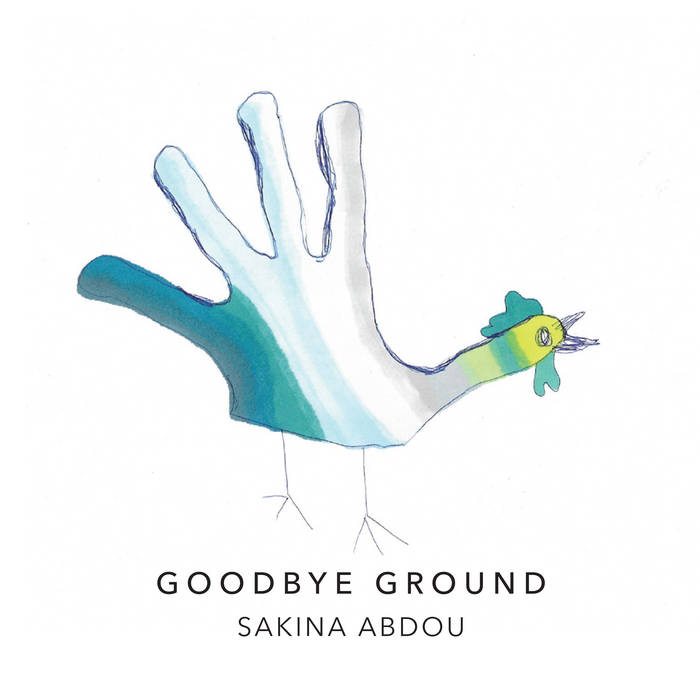 Hebeloma Crustuliniforme I reviewed "Goodbye Ground" on my blog: www.poisonpie.com/publishing/reviews/text/musicreview_2022_1222.html at the Poison Pie Publishing House.

Sakina Abdou has expressed herself in many contexts, in musical fields both broad and eclectic. With this solo album, she invites herself within, focus and anchors herself for the first time in her own language, where she summons the many influences which have nurtured her. Through «homemade» recording, naked, raw, without effects or tricks, we meet her on her own, at home. Grab a chair or settle on the floor next to her, on the edge of the bell, almost touching, and find yourself captured in a sound recording quite close, almost macroscopic.
You can follow her and walk along, through the musical arc built from collected moments. You will feel the solitude of the musician in the room and the ghostly presence of a few guests, mute witnesses of the recording process.

In this living snapshot, you can sit next to her to live through her 43 minutes of music. You will follow the story she’s telling to herself, quite privately, a story infused with raw humanity, simple and moving. 43 minutes of musical playing, of renewed dynamics, of comparing and contrasting the pieces, with a technique precisely on the edge of control, which reveals the tension of a formal frame, as well as its breakaways and releases.

A disc to listen to and live.

Goodbye Ground is an album almost handmade, recorded by Sakina Abdou in several «passings», through a recording system set in a dedicated room in her home, for two months.
Designed as a triptych, the disc is structured in three parts.
The first one, «The Day I Became a Floor», sets, lays out and establishes a musical architecture eminently horizontal, with stretched outlines thinning out in a temporality where you can settle in and that eventually you can almost imagine as permanent.
The second track strikes down, cracks, grinds and wipes out the previous one. «Goodbye Ground». The central and title piece, it acts as a revolution, an overthrow. It marks and delimits a watershed; acts like a prism and carries out a diffraction on the elements of language to atomize them into 5 monad pieces, which then fit into the «Planting Chairs» suite. One can then imagine the latter to be perpetuated and developed indefinitely.

This musical arc can be thought and read both forward and backward, in a before and after forever irreconcilable.

The Hammer and The Relentless from the Boston band Malleus stop by for a chat.