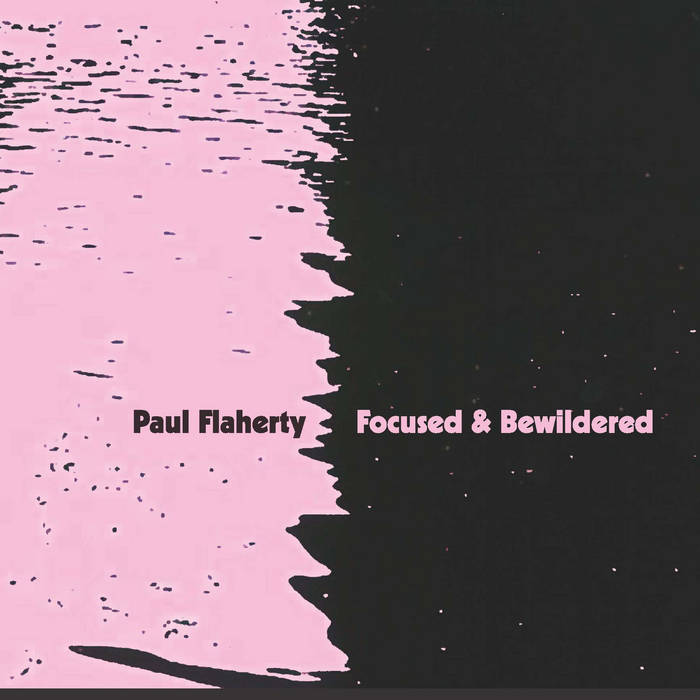 It's been 11 long years since Paul Flaherty released a solo album. The last was his 2008 masterpiece Aria Nativa, so I was extremely excited to hear about this new release from Relative Pitch. Honesty pours from the bell of his horn. There are no gimmicks, there's no overt cleverness, only white-hot sparks of humanity raining down on all of those with a mind to listen. His twisted outbursts are caustic indeed, but often capped with strikingly plaintive cries; beseeching the void for her hidden truths. This new release, Focused & Bewildered, presents 10 new cuts of Flaherty going it alone, full strength and unfiltered, straight from the tap.
The first track "Where has the future gone lately" begins plaintively, in his fashion, before developing into a full-throated roar. Flaherty's trademark vibrato and audible growls shade the piece and it is immediate and entrancing. "Shaped by heavy light" weaves a similarly hypnotizing pattern before a wave of staccato phrases bursts forth, dissipating just as quickly back into rough avant-blues. He begins a brief rhythmic motion in "Patience finds the long game" before abandoning it and abruptly launching into an extended passage of gravelly glossolalia. "Children in need of defense" is a brief distillation of moaning grief countered with what sounds to me like unbridled rage. The title hinting at the horrors unleashed on the innocent by a rogue orange buffoon. "You're about to be robbed dude” highlights one of his defining traits, working strands of golden melody into great sinewy and broken forms. It gets hot indeed, but it's always inventive and authentic. The next track, "It stomps among us" finds the saxophonist firing rhythmic barbs and gruff honks between passages of lamentation interleaved with plaits of squawk and throaty moaning. "Power or service" features many of Flaherty's characteristic turns-of-phrase and melody folding. I sometimes detect shades of Giuseppe Logan in his playing, this track being a good example of that. Both players have an inherent honesty in their phrasing that makes it almost speech-like. On "Flabbergasted empathy" Flaherty works himself into a true brown study. You can hear his horn resonating as the great column of wind conjures aural poltergeists. On "Public outrage blues" he continues to purge his demons, pausing occasionally for a melodious taffy pulling or a blast of sharp edged skronk. The last track, "One touch of a car horn" presents a thorough distillation of all that has come before. A closing statement, if you will. Nick Metzger