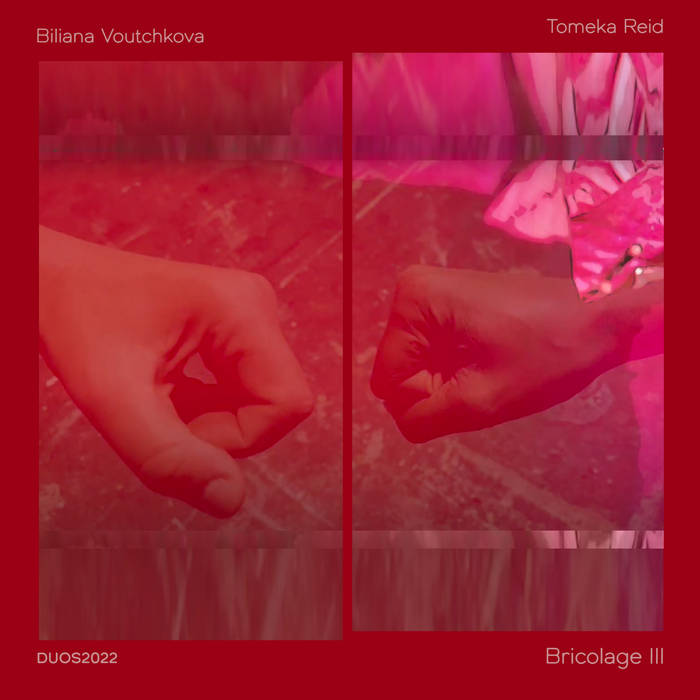 Hebeloma Crustuliniforme I reviewed "Bricolage III" on my blog: www.poisonpie.com/publishing/reviews/text/musicreview_2022_1123.html at the Poison Pie Publishing House.

This is the fifth in a series of digital releases featuring violinist Biliana Voutchkova.

Biliana describes this installment as follows.

I've started the year with a good deal of inspiration for this new project - DUOS2022. As can be gathered from its title, it’s an year long project, a continuation and development of my curated live concert series in Berlin which started as DUOS2020/2021.
More information:
www.bilianavoutchkova.net/duos.html

This release has a very nice history of coincidences: last year Tomeka and I were invited by the Goethe-Institut Chicago to do an online collaboration as part of their series Bricolage, curated by Magda Mayas and Dave Rempis. They matched pairs of musicians from their respective cities - Berlin and Chicago, to prepare and present a half hour long video and an artist talk. Shortly afterwards Tomeka invited me to participate in the online edition of her string festival, the Chicago Jazz String Summit. And then I invited her to my festival, DARA String Festival. We didn't know if my festival would only be online because it was a Corona year. It ended up that for the summer months in Berlin live concerts could take place, so the festival happened and Tomeka came to Berlin. We were really happy to be able to play together and we decided to record an album and use the music material for the Bricolage III presentation. I already had some ideas about the video part, so we also took some footage of our hands. Later on when Tomeka went back to the US, we continued the collaboration via online exchange of more video material from the places where we were. It inspired me and gave me the possibility to learn and create my first self-edited film. Working with Tomeka on these several occasions was really fruitful and especially valuable during the strenuous year of severe lockdowns. Enjoy listening to the music and watching the revised version of the film from this year.

We thank the Goethe Institut Chicago for initiating and supporting our collaboration.