As If Anything Could Be The Same 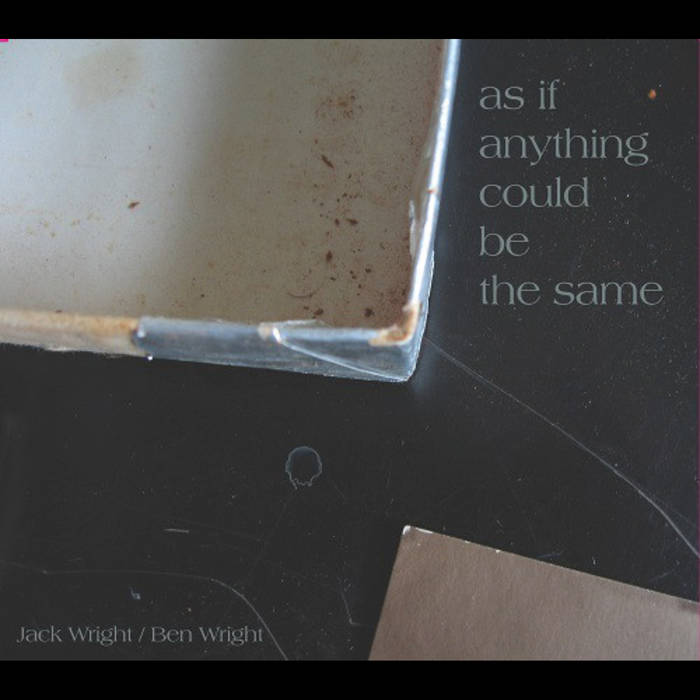 Saxophonist Jack Wright has been a force in free improvisation since devoting himself full-time to that discipline in 1979. During those thirty-five years he has taken an expansive view of what improvisation can be, and what kind of sound world a saxophone can create. His earlier efforts arose as a natural response to and continuation of the expressionistic free jazz of the 1960s, but a collaboration with Bhob Rainey in the late 1990s led him to reduce the volume and density of his sound, though not, paradoxically, the passion. Rather than abandoning one style for another, he has conserved and retained the sounds of all of his musical incarnations, with the result that he has been able to fashion a broad sonic vocabulary to draw on in any number of different improvisational contexts. He has also devoted himself to developing the music by reaching out to listeners, potential listeners, and fellow musicians through his frequent performances at venues of all sizes throughout the world. In this CD, a collaboration with his son Ben on double bass, his ecumenical approach to improvisation is on full display.
The disc opens with an energetic, texture-heavy statement on the bass, which is quickly joined by staccato notes from the soprano saxophone. The piece is full but at the same time is full of space. Here as in the other pieces the improvisation doesn’t follow a narrative arc but instead has more of the kind of color-based dynamic that painter Hans Hofmann described as “push-pull”: layered timbres creating a sense of sonic depth and movement. This can be heard to full advantage in Be, which overlaps squealing, popping and grunting sounds from the saxophone and struck strings, overpressure-bowing and brightly articulated tremolo from the bass. But despite the preponderance of color as a shaping element, a trace of expressionism can be found running throughout all five tracks as a kind of subterranean stream irrigating and feeding the growth above ground. But at times it comes to the fore, as in the plangent alto and overtone-laden bowed bass on the second track, or the moaning of both horn and bass at the beginning of The Same. Conversely, the kind of reductivist sound shaping that Wright has become known for is by no means absent from the disc. Nearly all the selections feature it to some extent, though it dominates the closing track. Dan Barbiero